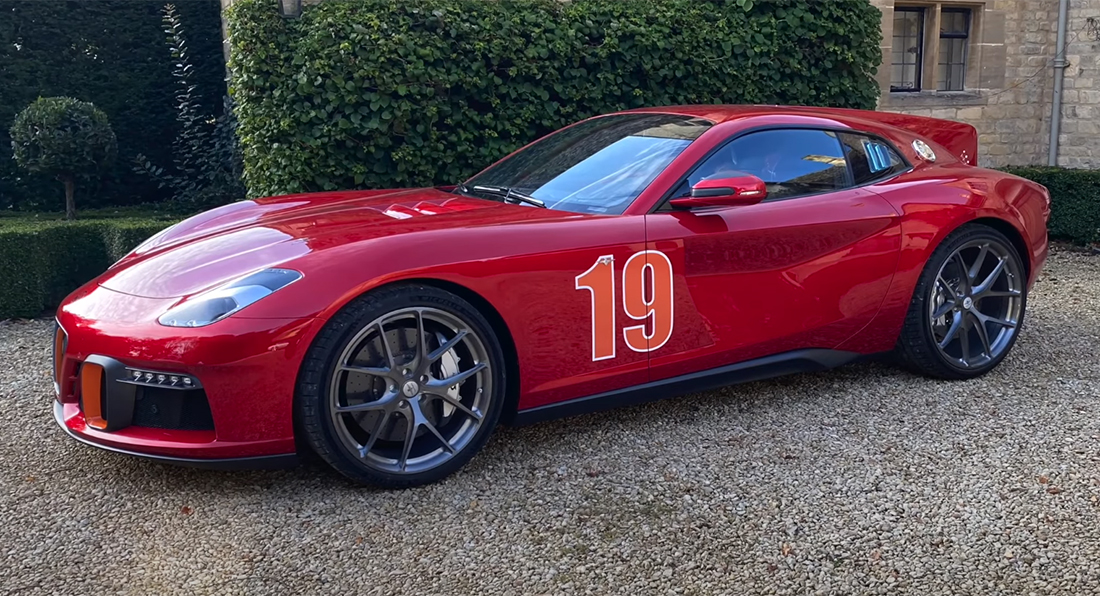 
Harry Metcalfe recently had the opportunity to check out the eye-catching Touring Superleggera Aero 3 shortly after its global debut at the UK’s Salon Prive event.

Production of the car will be capped at just 15 units worldwide and it is based on a Ferrari F12berlinetta. The example featured in this video is number 1 and is painted in a shade known as Stratosphere Red.

While the car is based on a Ferrari, Touring Superleggera has created its own custom carbon fiber bodywork that makes it stand out. At the front, for example, the Aero 3 has a unique front grille and various air intakes. It also has a pair of slim, horizontal LED daytime running lights and a set of custom headlights.

The coachbuilder has then worked its magic on the roof of the F12 and extended it backward while affixing a large central shark fin that stretches through to an all-new rear fascia with bespoke taillights and a custom exhaust system.