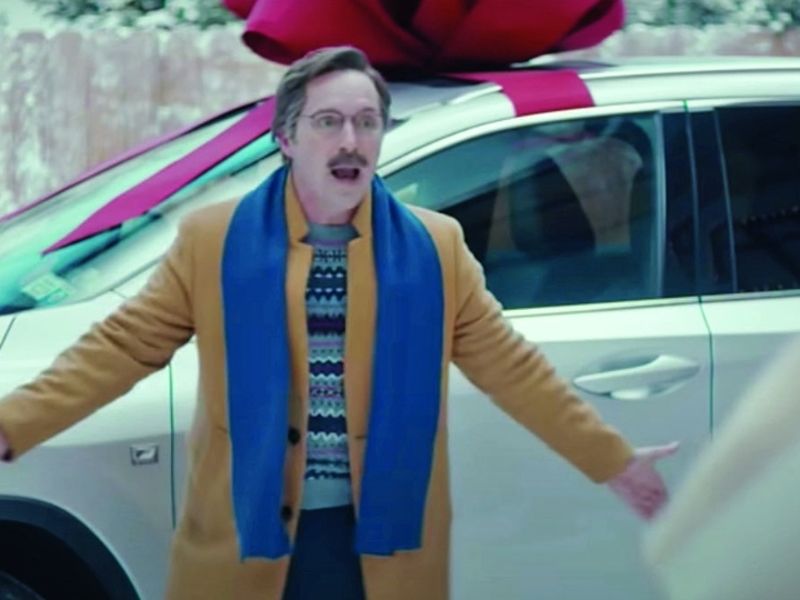 “Saturday Night Live” apparently isn’t a fan of those ubiquitous year-end commercials that urge consumers to give their loved one a luxury car topped with a giant red bow.

The long-running sketch comedy show took aim at Lexus‘ annual Christmastime campaign with a parody showing a family argument after the husband (“Nathan,” played by Beck Bennett) surprised his wife (played by Heidi Gardner) with an RX in their driveway.

“Did you seriously buy a car without asking me, Nathan?” the wife exclaims. “This is a major purchase!”

“Right, but it was a December to remember,” Nathan replies confidently.

“It’s a Lexus! We don’t have the money for this,” she continues, before breaking the news to their son that Nathan lost his job two years ago.

The scene escalates after Nathan reveals that he thought the down payment was the full price. Gardner explains that there’s a monthly payment, too.

“Yeah, but with the 0 percent aper, I think it’s all good,” Nathan says.

The commercial ends with this tag line: “Give the gift of Lexus, and definitely talk it over first.”

Lexus seems to have taken the satire in good humor — at least publicly.

Another commenter chimed in: “As a former Lexus technician who was forced to work Christmas to assist with final deliveries … I can attest this is even funnier when you’ve seen it happen in real life.”