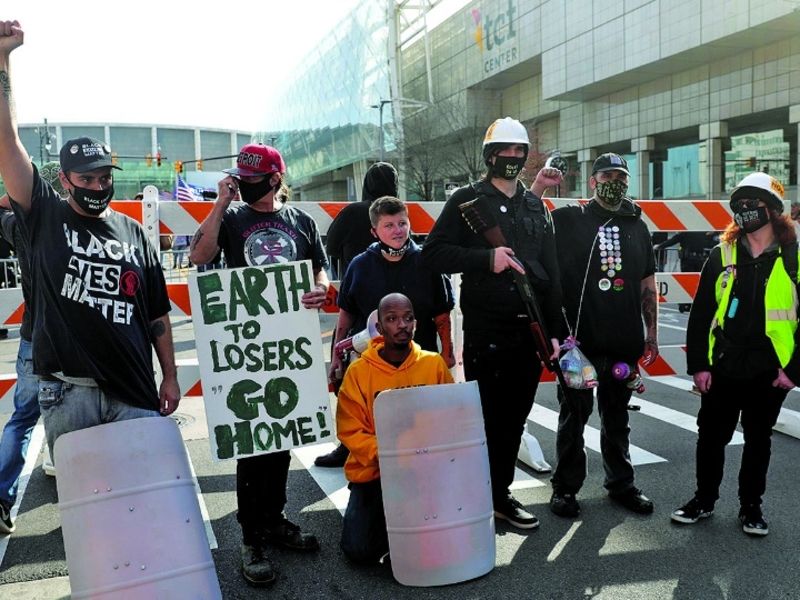 Between the last Detroit auto show, nearly two years ago, and the next one, scheduled for September 2021, the city’s convention center will have changed names twice.

Cobo Hall, as it was known for its first 60 years, became the TCF Center last year, after TCF Bank bought the naming rights. Many in Detroit were happy to see former Mayor Albert Cobo’s name dropped because he was a segregationist.

But the consensus was that the center should be named for boxer Joe Louis — who is memorialized by a statue in the lobby — instead of a bank.

But just as people started getting used to the new name — it finally started to catch on after news coverage of chaotic ballot-counting scenes in the basement following the November election — TCF agreed to its second merger in as many years. It’s now slated to become part of Huntington Bancshares next year, with the TCF brand going away.

But not so fast. To add even more confusion, there’s already a venue called the Huntington Center, which the same bank paid to name, just 60 miles south in Toledo, Ohio. It’s used for concerts and is home ice of the Toledo Walleye hockey team. A TCF Bank spokesperson later contradicted Torgow, saying the convention hall will definitely have “Huntington” in its new name, but it may not be called “Huntington Center.”

So in the end, the question of what the building will be called next summer has the same answer as whether a 2021 Detroit show will even happen as planned: Nobody really knows.