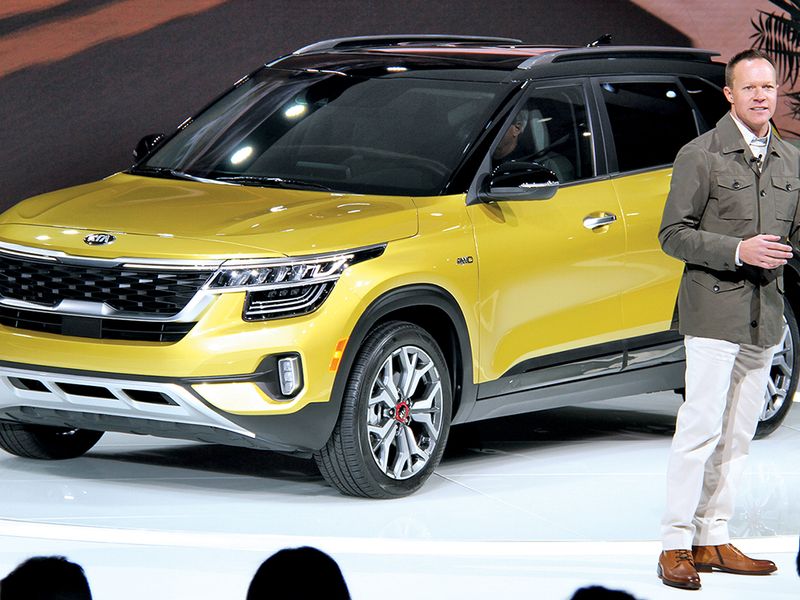 LOS ANGELES — Kia Motors America has big plans for the coming new year, including five new or significantly redesigned vehicles as part of a yearslong product blitz. It also has a new COO and advertising lead to get those vehicles onto Americans’ driveways.

In mid-December, the Korean automaker began preparations for the next phase of its product push by naming the new team to deliver it .

Peffer, 50, is essentially taking over the role of Michael Cole, Kia’s former president, who left in June to become CEO of Hyundai Europe. At the time of Cole’s move, Kia said the president’s post would be assumed by Sean Yoon, CEO of Kia Motors America and Kia Motors North America.

“This promotion is well deserved,” Yoon said in a statement about Peffer’s new role, “and with five all-new and significantly redesigned vehicles slated for introduction in 2021, Bill will play an increasingly important role in the growth and maturation of the Kia brand.”

Wager, 55, has been director of marketing operations at Kia Motors America since July 2019 and previously worked at Mazda.

Kia has a lot on its plate following the successful launches of the Telluride crossover in 2019 and the smaller Seltos a year later. As 2020 came to an end, Kia was launching the fourth-generation midsize Sorento crossover, which will come for the first time in a hybrid version and later in 2021 as a plug-in hybrid. The Sorento PHEV will mark a significant step forward as the brand moves aggressively toward electrification.

Kia also has a compact EV crossover in the works, but that product probably won’t arrive until 2022.

Recent spy photos also show Kia preparing a new generation of the compact Sportage crossover and subcompact Niro, which is currently sold only as a hybrid or full EV.

Kia has been one of the best-performing brands in the U.S. market during the coronavirus crisis.

Through the first nine months of 2020, when the U.S. industry declined 18 percent, Kia sales slid 7.6 percent. The brand notched a 12 percent sales gain in October and dropped just 5.2 percent in November despite three fewer selling days compared with November 2019.