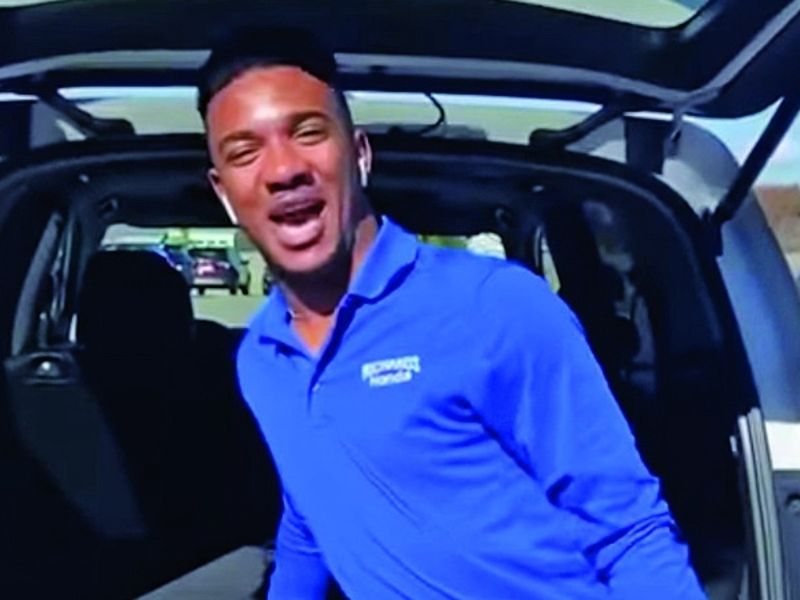 Durrell Smylie’s journey to Internet fame started by popping out of the hatch of a Honda CR-V.

The Honda salesman’s impromptu rap got stuck in the heads of millions of people who watched the video he made to attract customers during the pandemic. In the weeks since, he has filed to trademark his signature phrase — “where the money reside” — and drawn global attention to himself and Richards Honda in Baton Rouge, La., where he’s worked for less than a year.

Smylie, who uses the name Relly B on social media, made the video up as he went along.

“Boom, I just started doing it on my own,” he told TV station WBRZ. “I would just, like, freestyle everything. Nothing is scripted. Nothing is planned.”

Smylie’s videos have inspired numerous imitations, and the #WheretheMoneyReside hashtag quickly became popular among Black users on Twitter, many of whom urged Honda to hire him for a commercial.

Smylie even filmed a reenactment of his trunk-popping entrance for a customer who came to buy a car from him.

Richards Honda, on its Facebook page, called Smylie “a great example of how at Richards Honda we want to make the car buying experience FUN and hassle-free.”

On Twitter, American Honda said Smylie’s catchy tag line was “living in our head rent free” and that it would be interested in a collaboration.