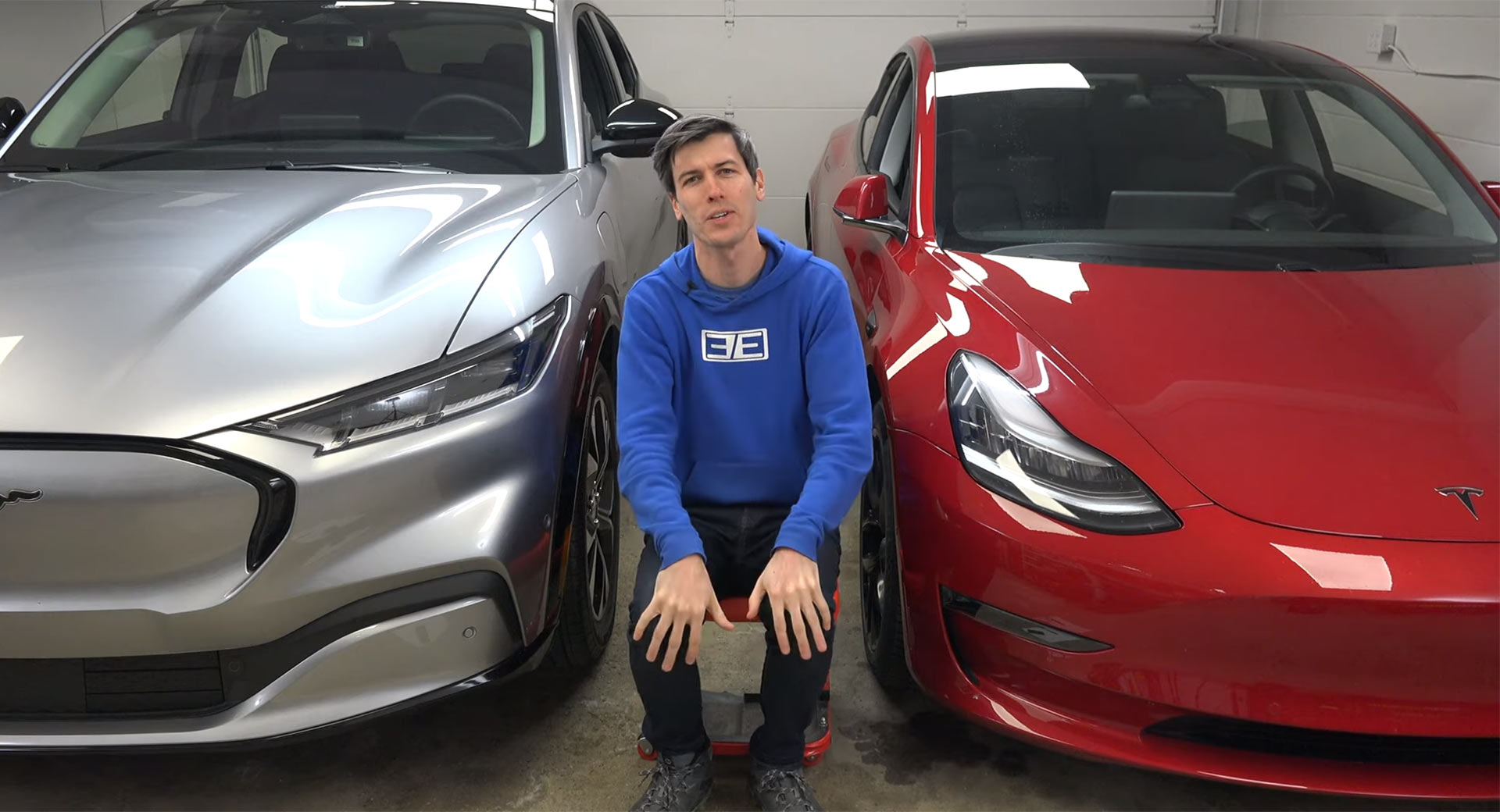 With deliveries of the Ford Mustang Mach-E now commencing, buyers in the United States have an exciting and well-priced electric vehicle at their disposal that promises to be just as good as the Tesla Model 3 and Model Y.

Eager to see how the Ford compares with its Tesla rivals, Engineering Explained jumped behind the wheel of a Mustang Mach-E and compared it with the Model 3 that he owns, as well as a Model Y that he has driven previously. It’s not a head-to-head comparison per se and only includes driving footage of the Ford and not the Teslas. Nevertheless, it is an informative review that reveals that some of the advantages and disadvantages that the Ford has over its rivals.

Watch Also: These Are 10 Interesting Features Of The Ford Mustang Mach-E

For the most part, the equivalent Model 3 and Model Ys are cheaper than the Mustang Mach-E, but because the Mach-E is eligible for the $7,500 federal tax credit, it actually undercuts the Teslas. The Mach-E is also available with a rear-wheel drive variant whereas the Model Y is only available with all-wheel drive.

Despite being considered an SUV, the Mach-E only has 5.7-inches of ground clearance. That’s only a touch more than the Model 3 (5.5 inches) and the Model Y (6.6 inches).

As for the interiors, it is a matter of personal preference, but we would give the advantage to the Ford, thanks largely to the fact it has a dedicated instrument cluster which the Teslas don’t.