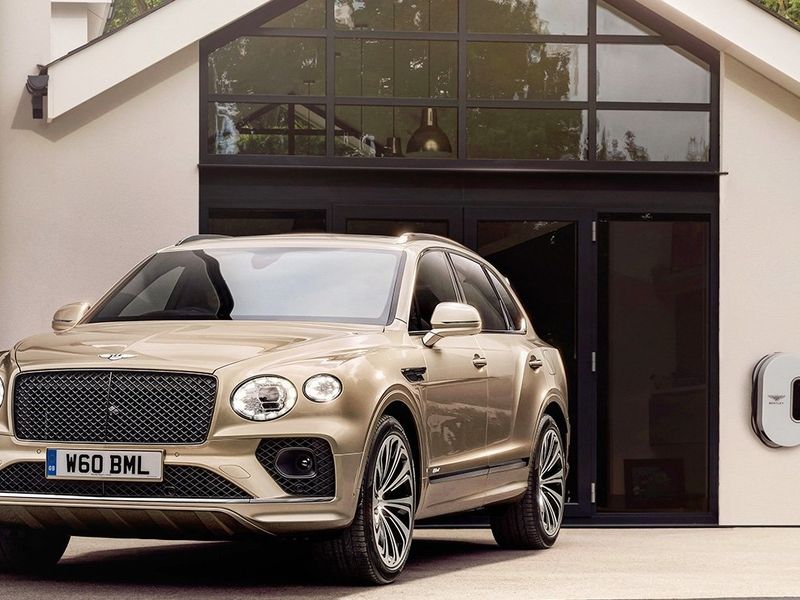 The Bentley Bentayga Hybrid, the British ultraluxury brand’s first and only electrified vehicle, has been freshened for 2021, following updates of the standard Bentayga and Bentayga Speed.

Bentley said the freshened Bentayga Hybrid is one of two plug-in hybrid models it will launch in 2021 as it prepares for an electrified future.

In November, Bentley said it would be dropping internal combustion engines from its lineup by 2030 and switch the entire lineup to full-electric vehicles.

Its first full-electric vehicle is set for a 2025 launch. By 2026, Bentley will offer only plug-in hybrids or EVs.

The latest Bentayga Hybrid is powered by a 3.0-liter twin-turbocharged V-6 engine paired with an electric motor for a total of 443 hp and 516 pound-feet (700 newton meters) of torque. The hybrid system has a 17.3-kilowatt-hour lithium battery.

The Bentayga Hybrid has an electric-only range of 31 miles (50 km) on the NEDC test cycle.

Bentley, pointing to internal research, said that more than 90 percent of Bentayga Hybrid customers drive the vehicle on a daily basis or several times a week.

Bentley noted that nearly 100 percent of Bentayga Hybrid customers use electric-only mode, with half of customers “consistently undertaking journeys of less than 30 miles.”

Outside of a hybrid exterior badge, the refreshed Bentayga Hybrid, as with the pre-face-lifted model, looks identical to the gas-powered Bentayga.

Bentley also predicted that the hybrid will become the best-selling Bentayga variant, which also includes the V-8 version and W-12 powered Speed model.