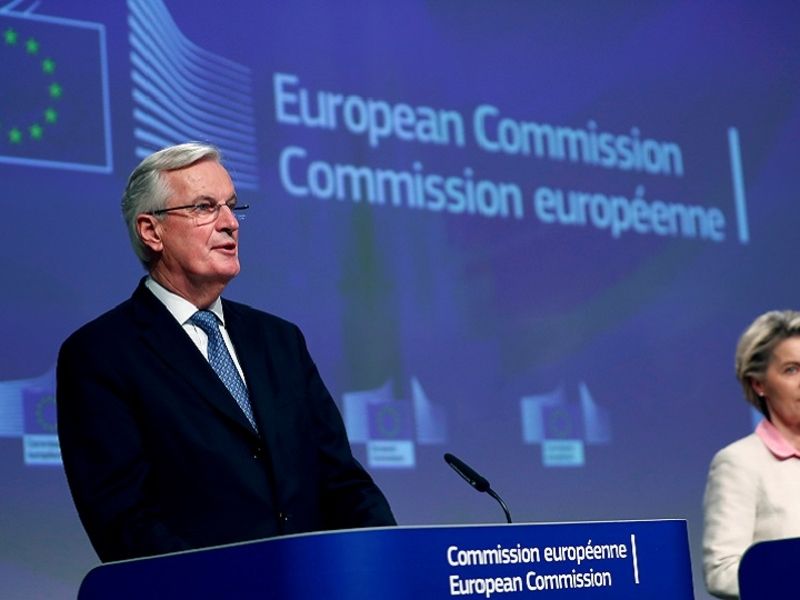 Automakers welcomed a post-Brexit trade deal agreed between the UK and the European Union that was finalized on Christmas Eve, days before Britain is due to leave the bloc’s single market.

The accord will complete UK’s separation from the EU and averts the threat of an acrimonious breakup on Jan. 31, when a 12-month transition period ends.

ACEA, the European auto industry’s lobbying group, said the agreement will allow the sector to avoid the “catastrophic” effect of a chaotic Brexit.

“The impact of a no-deal Brexit on the EU auto industry would have been simply devastating,” ACEA Director General Eric-Mark Huitem said in statement.

The agreement will allow for tariff- and quota-free trade of goods after Dec. 31, but will not apply to the services industry — about 80 percent of the UK economy — or the financial services sector.

It ends uncertainty that started for automakers with UK operations when Britain voted to leave the EU in 2016. Nissan, Toyota and Honda, which collectively build nearly half of the cars produced in the UK, had warned they would have to leave Britain if trade barriers after Brexit made their UK operations unprofitable.

To take advantage of zero-tariff trade under the UK-EU agreement, companies will need to file documents proving the origin of their goods. Only goods that contain a sufficient quantity of UK or EU inputs will be eligible for zero-tariff treatment.

The UK persuaded Brussels that EU materials and processing should to be counted as British input when the completed products are exported into the European market, the Guardian newspaper reported. A product would therefore only attract tariffs under the agreement if more than 40 percent of its pre-finished value was either not of British origin or from a non-EU country, the paper said.

The UK failed to secure agreement to include parts from countries such as Japan and Turkey, with whom the UK and the EU have a trade agreement, to be counted as British input.

ACEA said it cannot make a full assessment of the implications of the deal until all the technical details have been made public.

“Only at that stage will it be clear if the deal fully reflects the interests of EU auto manufacturers and their supply chains,” it said.

Major challenges still lie ahead because trade in goods will be heavily impacted by barriers to trade because of new customs procedures that will be introduced on Jan. 1, ACEA said.

About 3 million vehicles worth 54 billion euros ($66 billion) are traded between the EU and the UK annually and cross-Channel trade in automotive parts accounts for almost 14 billion euros, the group said.

Ford Motor said the accord will provide stability as the industry transitions to new technologies.

“It is now important to understand the detailed rules of origin that will apply and to create as smooth a transition as possible by maximizing flexibility as businesses adjust to the new trading environment,” Ford of Europe President Stuart Rowley said in an emailed statement.

The UK auto industry association, SMMT, called for a phase-in period to allow businesses adapt to the new rules. “We await the details to ensure this deal works for all automotive goods and technologies, including specifics on rules of origin and future regulatory co-operation,” SMMT CEO Mike Hawes said in a statement.

The suppliers lobby group, CLEPA, said the deal avoids what would have been a worst-case scenario for partsmakers but added that it will still mean “the resurrection of many trade barriers.”

Businesses and customs authorities will now need to work around the clock to get ready for the new trading conditions only one week before the deal’s implementation, CLEPA Secretary General Sigrid de Vries said.

Bloomberg and Reuters contributed to this report